At some point last year, I stumbled across a project called Perfect Pattern Parcel. They were offering a themed groups of patterns from independent designers. There were 5 patterns in the bundle. The awesome premise was that you could name your own price for the parcel. There was also a bonus 6th pattern of you paid over a certain amount. The proceeds were then donated to various projects on Donors Choose (which I appreciated being a teacher). There were a handful of parcels offered throughout the year, but I only snagged one. The theme I bought was women’s clothing. 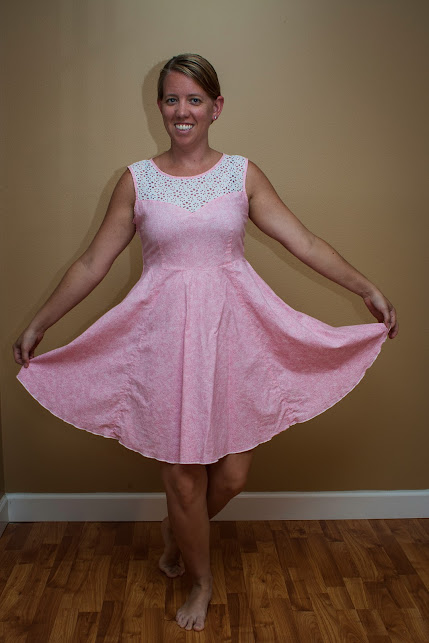 The first dress I’m sharing is the Ava by Victory Patterns. I did make this dress almost immediately after purchasing the pattern last summer and have had opportunity to wear this dress many times. For the most part with success. There was one morning I managed to put the dress on backwards and had a very uncomfortable day thinking something was wrong with the dress. Please pay attention when getting dressed in the morning so this doesn’t happen to you! 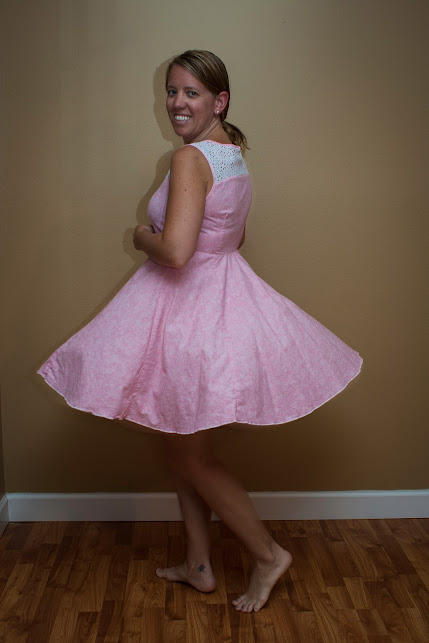 Since taking these photos, I have added a belt to help break up the continuous pink of the dress. When I make this dress again, I’m going to lengthen the bodice. It hits just a little to high for my comfort. I think I’ll also change out the skirt to a dirndl skirt rather than the almost circle skirt of the pattern. Though I may have to just make a top for the next go. 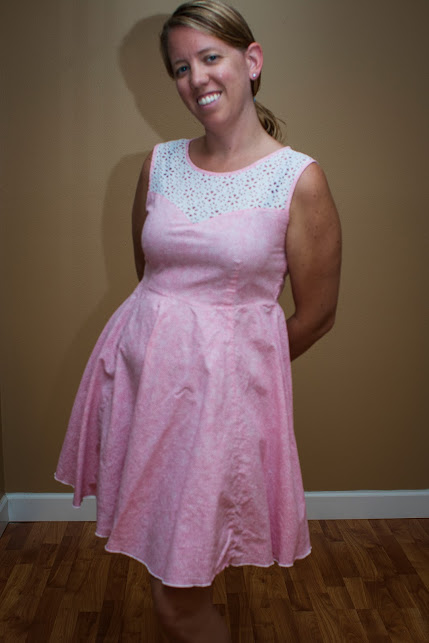